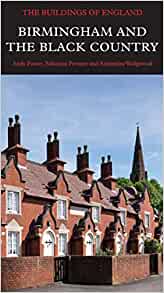 Birmingham and the Black Country

In our study of history there are some landmark volumes which are referred to by a sort of short hand. Local historians have key secondary texts for their localities. Modern historians producing all encompassing survey of their patch usually starting with reference to the relevant Domesday volumes.

A gap of six hundred years usually ensues until the appearance in the seventeenth century of the first county histories. Of these Dugdale’ s Warwickshire (1656) is regarded as a trend setter. Dugdale’s career as a Herald gave him familiarity with documentary sources. He also looked at and used material remains. He is credited as being the first county historian to give reference for his sources. He clearly visited the locality. So, he quoted and drew Shakespeare’s ledger stone which still survives in Holy Trinity Church, Stratford upon Avon – not recorded as a literary figure but as an important local landowner. The eighteenth century saw the emergence of historical works based on towns. Hutton’s work on Birmingham which first appeared in the 1780s and ran to at least six editions over the next forty years. He lacked Dugdale’s attention to sources but provided a lively read which reflected the spirit of the town (not yet city) leading England into the industrial age. The books in the Pevsner Architectural Guides series have become a twentieth and twenty-first century successor to those earlier county or large locality publications. Sir Nikolaus Pevsner (1902 1983) was a German art historian who came to the UK after the second World War. From the early 1950s he published a series of works in The Buildings of England Series which were largely county based or for larger counties such as Yorkshire on large subdivisions of the county – London being the major exception to this. Researchers would draw up an outline of the important building and then Pevsner undertook a tour of the area. His comments were largely based on what he saw not on what he read. This illustrates an important difference between traditional ‘history’ and how ‘local history’ has developed. The local historian derives much knowledge Open History 161 57 from material remains. ‘Pevsner says’ has joined the other major authorities in historical accounts of settlements. The books in this series are divided into two parts. The one most used and quoted is the gazetteer (settlement by settlement) which describes significant material remains. These are not all buildings as such. Pre-historic hill forts and medieval ridge and furrow are mentioned. As a rule, for villages the parish church and the manor house, if it survives are mentioned in an entry full of architectural terms. Few people are specifically mentioned. Each volume, contains essays totalling about a hundred pages which provide a thematic survey of how the buildings and other remain have developed from pre-historic times onward. The subjects covered include subjects such as geology and building materials, archaeology, medieval architecture and of particular interest in this volume canals and industrial development. From 1951 to 1974 the volumes were published by Penguin Books. Since then, Yale University press have published the volumes on behalf of the Paul Mellon Centre for Studies in British Art. This latest volume is unusual in that it is not ‘county based’. It cuts across four counties – Warwickshire, Staffordshire, Worcestershire and, to a lesser extent, Shropshire of which Halesowen was a detached part until the nineteenth century. Its focus is on the West Midland’s conurbation: the city of Birmingham, including Sutton Coldfield, the city (this status recently conferred) of Wolverhampton and the metropolitan boroughs of Dudley, Sandwell, and the urban part of the borough of Solihull N and W of the M42. … the greater part of the present county of the West Midlands, except for Coventry and the rural E part of Solihull’. It could be seen as a coherent whole – the birthplace of the Industrial Revolution. However, the part to the north and east of Birmingham (the Black Country) does not necessarily see itself a forming a unit with Birmingham. I have spent roughly a third of my life in the Black Country and a similar time in Birmingham before moving down to rural South Warwickshire twenty -five years ago. During my twenty years working in Wolverhampton, I encountered no sense of Birmingham being the focal point of the area. Indeed, there seemed to be a degree of antipathy to the big neighbour which had engulfed a number of parishes in its century of expansion. Just as with periodisation, topographical divisions would appear at times to be arbitrary. Previously there have been two volumes on Warwickshire followed in 2005 by a separate volume edited by Andy Foster on Birmingham alone. This volume builds on previous volumes in the series. Comparison of contents shows how the pace of change continues at a breakneck speed. In my life time there have been three different Bull Ring shopping centres in Birmingham. Likewise, there have been three different main Birmingham libraries which incorporated the Birmingham archives. On my way to school I used to pass the Victorian building beside the Town Hall though I never saw the inside.. This book is ‘Dedicated to the memory of Birmingham Central Library built 1969 to 1974 destroyed 2016… also to those who tried to save it…’

This clearly reflects nostalgia for the ‘deceased’ building which was not shared by all who used it to access the archives and did not appreciate its Brutalist architecture and poor maintenance. It has been replaced by the Library of Birmingham. The cost of that building went far over budget which caused the City Council acute financial problems leading, in part, to a reduction in its other services. As with other volumes in the series, it is well illustrated: 137 colour photographs with in-text black and white drawings. An extensive and well illustrated glossary of terms helps the reader to understand the technicalities. There is an index of architects, artists, patrons and residents but no bibliography. Combining the essays and the individual essays it is possible to follow-up important general topics.

Thus, much can be learned about housing for the working classes. The National Trust have preserved a group of back-to-back houses which survived the slum clearance close to the centre of Birmingham. The researcher can trace the emergence of a garden suburb in 1920s Wolverhampton, subsequent council estates and then the appearance of tower blocks (some now demolished) during the 1960s and 1970s. This volume maintains the high standard of the series. For historians of Birmingham and the Black Country, it should be part of their working library.