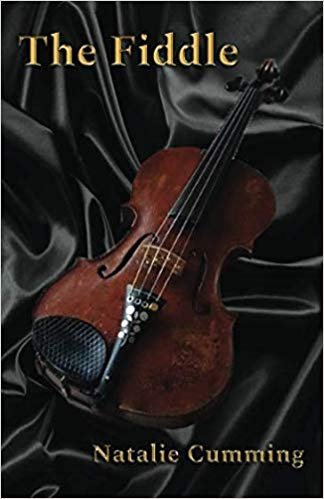 Appropriately, I am writing about this review on World Holocaust Day. The story commences in St Petersburg at a momentous time in Russia’s history — the day the Tsar is deposed and he and his family are arrested by the revolutionaries. Abraham teaches the violin at the Imperial Court and receives a tip off late […]

The Fiddle tells the story of a family who on two occasions, separated by twenty years and in two different countries suffered persecution because they were Jewish.

Appropriately, I am writing about this review on World Holocaust Day. The story commences in St Petersburg at a momentous time in Russia’s history — the day the Tsar is deposed and he and his family are arrested by the revolutionaries. Abraham teaches the violin at the Imperial Court and receives a tip off late that night from a royal official that the Jews were in danger. His violin (the fiddle of the title) is a focus of the story. It accompanies first Abraham, his wife and their children during their circuitous one-thousand-mile flight to Odessa and escape to a new life in England. On the way, it helps them to earn money and food on the journey.

Twenty years later, it accompanies one of those children, Rosa, from her arrest in 1938 during Kristallnacht through her awful wartime experiences. Further, it is the reason she survives imprisonment in Mauthausen, Auschwitz and Belsen concentration camps and is able to testify at the Nuremberg Trials. Some of the most brutal Nazis enjoyed music and Rosa avoided extermination so that these cruel monsters could be entertained by the sound of her violin. There is not a happy ending. She never recovers from the malnutrition she suffered in the camps and dies from tuberculosis in hospital in England. Why should a British citizen, as she had become, leave England to go to Germany after Hitler had risen to power? She went to take up a position as a violinist with the Berlin Philharmonic Orchestra.

She was not the only British citizen to suffer in Nazi Concentration Camps. Probably about ten years ago, I went on an OUHS visit to a Jewish Museum in North London. There, we met an English Jew who was captured by the Nazis, as I recall, in the Netherlands. His wife and son perished; his life was preserved because he was a barber, a skill required by the Nazis. Now, one would expect the British government aided by press publicity to attempt to ‘rescue’ a British citizen in such a predicament. Until quite recently, it seems to me that the official line seemed to be that the British pre-war did not realise how brutally the Nazi regime treated certain minorities long before the onset of war. I have to admit it is only in recent years that I have realised that concentration camps preceded the onset of war by several years. It was, therefore, a surprise to see that Christopher Sidgwick noted in the introduction to his travelogue, Whirlpools on the Danube (1937), ‘Since the concentration camps are full enough as it is’ he apologised for not mentioning helpers by name and indeed certain names and dates [had] to be wilfully falsified. In this publication, he was mainly concerned with Austria having previously written about his tour of Germany. He had previously published an account of his travels in Germany.

Natalie Cumming’s writing is brisk and clear with much description of events and speech so that it reads more as a novel than a historical record, which is appropriate because it is clearly meant for a popular audience rather than an academic one. Importantly, it makes the reader appreciate the dreadful sufferings of millions of people whose error was to be of the wrong ethnicity — even non-practising Jews suffered. And, what if we had been members of the majority community what would have been our reaction to such evil? How could individuals have stood against the steamroller of the Nazi State? And, could something similar ever happen in Britain?

By no stretch of the message is it an enjoyable read. Page after page tells of atrocities be it by the Bolsheviks or the Nazis. It is oral history, albeit at one remove with no weighty academic references. The author is Rosa’s niece, with whom I am acquainted. Hence my reading a book well outside my usual subject area and, indeed, my comfort zone. It adds to the ever- increasing literature which shows just how cruel humans can be to one another and is therefore well-worth reading to remind us of man’s inhumanity to man even in such a ‘cultured’ Western European country as Germany.