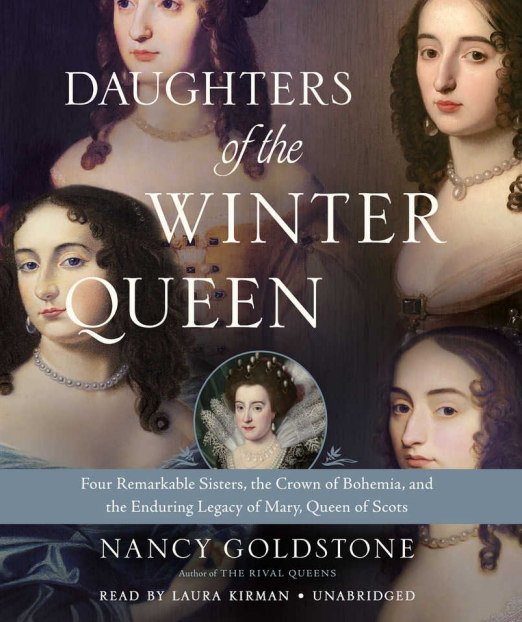 This book is set mainly in central Europe and highlights the causes and some of the actions of ‘one of the most destructive conflicts in human history, [which] resulted in eight million fatalities not only from military engagements but also from violence, famine, and plague’ — The Thirty Years’ War (1618 to 1648). The attempt […]

This book is set mainly in central Europe and highlights the causes and some of the actions of ‘one of the most destructive conflicts in human history, [which] resulted in eight million fatalities not only from military engagements but also from violence, famine, and plague’ — The Thirty Years’ War (1618 to 1648). The attempt by Elizabeth Stuart (1596-1662), daughter of James I of England (also known as James VI of Scotland) and her husband, Frederick V, Count of the Palatinate to add the Kingdom of Bohemia to their lands initiated this horrendous religious war between Catholics and Protestants. It continued long after Frederick’s death from plague in 1632.

The conflict between Catholics and Protestants appears to have been much less violent in England than on mainland Europe. The long-lasting Spanish Inquisition and the horrific St Bartholomew’s Day massacre of Protestants (1572) were examples of events in which thousands died on account of their beliefs. In contrast, the death toll in England over more than a century was probably less than a thousand for religiously motivated acts of violence. England’s most famous Catholic attempt to destabilise the English government occurred on November 5th 1605, when the Gunpowder plotters planned to blow up Parliament to kill the King and his government and put a female member of the Royal Family on the throne who would be a Catholic monarch. And, who was this Princess? Princess Elizabeth, later the Winter Queen. The plot, of course, failed. It will become apparent that there is a certain irony in this failed attempt to place Elizabeth Stuart on the throne of England. She did become a queen, albeit for a few months longer than just a winter.

The author concentrates on Elizabeth’s four daughters, but provides much detail about her sons as well who are worthy of note. Two died by drowning, the eldest Frederick Henry and Prince Maurice of the Rhine, who like his brother Prince Rupert fought on Charles I’s side in the English Civil War. Karl Ludwig, who with the enthusiastic support of his mother, regained his ancestral territories, the Upper and Lower Palatinates, but made an unfortunate marriage. Phillip died fighting in France in an attempt to unseat Cardinal Mazarin. None of them had legitimate Protestant descendants.

Her four daughters all had interesting, if sometimes sad lives. Louise Hollandine (known as Louisa) (1622 — 1709) a gifted artist, several of whose paintings are reproduced in this work. Her tragedy was the death of her fiancé, the Marquis of Montrose, at the hands of Scottish Covenanters, when he invaded Scotland on behalf of the Royalists. After this Louisa was drawn to Catholicism, converted, entered a convent and eventually became its abbess.

Her older sister, Elizabeth (1618 -1680), too, entered a religious institution but on the Protestant side, becoming, eventually, abbess of a pioneer women’s order. Like Louisa, she was unusually talented for a royal. In her case it was the study of mathematics. ‘Her passion for learning was considered excessive by her family (they signaled their amusement by assigning her the nickname “la Grèque”). This brought her into the ambit of the great French philosopher, Descartes, who lived for a time close to the family in Holland.

Henrietta Maria (1626 -1651) had a particularly tragic life. The family’s relative poverty greatly reduced the marriage options for the daughters. Henrietta was the first to marry and the first to die. Her bridegroom was Siegmund Rakoczy, heir to the throne of Transylvania, a kingdom located far away in eastern Europe. She scarcely survived the long and difficult journey to her new home before succumbing to an infection.

The youngest sister, Sophia (1630 — 1714), was notable on two accounts, her love of learning and her marriage. Like her sister Elizabeth she was interested in philosophy; an interest that was further enhanced by she and her husband inheriting as secretary, Leibniz, the great German polymath who amongst other achievements developed calculus and is known for his espousal of the view that we live in the ‘best of all possible worlds’, a proposition that Voltaire lampooned in Candide. Unlike her sisters, Sophia had a surplus of suitable suitors. The successful one, Ernst Augustus succeeded to his unmarried brother’s title. She was to be the only one of her siblings to have legal Protestant heirs.

Meanwhile, back in Great Britain, formed by the 1707 Act of Union which united the two kingdoms of England and Scotland, a crisis was looming over the succession to the throne. The two Protestant daughters of the Catholic James II failed to produce surviving heirs — Mary was childless and Anne, though fecund lost her longest- lived child when he was ten years of age. Shortly before his death, Mary’s widower, William of Orange, managed to have the Act of Settlement (1701) enacted that barred “all and every Person and Persons who … is are or shall be reconciled to or shall hold Communion with the … Church of Rome or shall profess the Popish Religion or shall marry a Papist” and named the Electress Sophia of Hanover and her descendants as the heirs to his throne. Sophia died less than two months before Queen Anne. Her son, George, acceded to the throne as George I. It is ironic that the British throne is still occupied by the solidly- Protestant descendants of Elizabeth Stuart whom the Gunpowder Plotters wish to set up as a Catholic monarch in place of her father James I and brothers Henry and Charles I.

This is a powerful story tracking a family whose fortunes swung from gaining a kingdom to initiating a devasting war during which they lost the position and their wealth and relied on the charity of other Protestants. It shows just how severe the divide between Catholics and Protestants was in seventeenth-century Europe. Despite her misfortunes, The Winter Queen was the ancestress of the many of the later European royal families including not only the British, but also, through separate lines, the Prussian and Austrian rulers.

The American author argues persuasively that ‘there was almost no major political, cultural, philosophical, religious or artistic movement … in which the queen of Bohemia and her daughters did not figure prominently’. She argues that Elizabeth Stuart inherited her grandmother Mary, Queen of Scot’s ‘courage, intelligence, strength of mind, and absolute unwillingness to surrender’. In contrast, Goldstone expresses strongly negative assessments of James I and Charles I.

I have enjoyed this book. Tracing the large families through kingdoms with strange names required a lot of perseverance. The genealogical table might have been easier to follow if it had been split into two in a landscape rather than portrait view. There are both colour and black and white illustrations; the former reproducing some of Louisa’s paintings. The comprehensive index has been a huge help in reviewing this book. It requires careful reading, but I would highly recommend it.